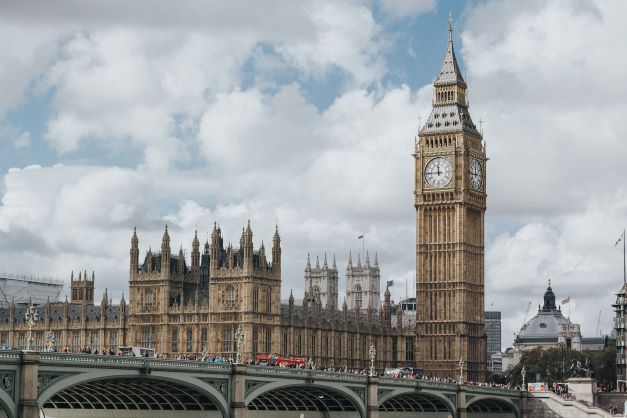 Posted at 05:44h in Uncategorized by Admin 0 Comments

The Platinum Jubilee this month celebrated 70 years on the throne for Queen Elizabeth II. There was tea for all, as well as much attention to a young lad who disobeyed his duchess mum. This celebration, however, coincided with British Prime Minister Boris Johnson—the other world leader with daft white hair—nearly being tossed in the rubbish bin by a vote of his own Conservative Party. That scandal followed after England was gobsmacked by news that Mr. Johnson’s own Downing Street office/residence hosted drinking of another sort (which revelry the old sod cheekily attended) during the covid lockdown ordered by none other than the PM himself.

It was how the Brits handled both the Jubilee and the national scandal that got us thinking about lessons we Yanks could take from the furore these events caused. Let’s get cracking.

Buckingham Palace and Houses of Parliament

Somewhat peculiarly, Great Britain has both royalty and a parliamentary system of democracy. While “Her Majesty’s Government” runs the country, the role of the queen (or, eventually, the king, when Charles or William inherits the throne) plays largely a nonpolitical, neutral role. For seven decades, Elizabeth has been the formal head of state, but not actually the head of government.

Given that none of the relationship is spelled out in a written constitution, it is a tad vague precisely how the royals fit into the government in the 21st century.*

*Perhaps cheery acceptance of this vagueness within Great Britain points to the first significant lesson for America: In the United States, where litigation is king, there would be lawsuits and challenges to dethrone the queen or king, or, conversely, to restore the “fundamental rights” of the royalty to rule. Perhaps, just perhaps, we are a smidgen overly litigious here.

How does the British monarch function, and would there be any benefit if America had a queen?

We raise the second half of this two-part enquiry only on the theory that “there are no dumb questions,” as, one can fancy the bloody cock-up if a politician were to suggest amending the U.S. Constitution to create a royal family at this point in our nation’s history! So, purely for the sake of mind-stretching, let us consider some things the royals do add:

The British Parliament centers on the House of Commons, which is a body of representatives elected by the people of vastly diverse geographic areas. All department heads (called ministers), the prime minister included, are members of Parliament and accountable both to their parties and to the House of Commons as a whole. National parliamentary elections are held every five years absent a vote of no confidence or a two-thirds House of Commons vote to call a “snap election.”

Vivid, pointed debates characterize the British Parliament, which furthers the government principles of law and justice and transparency, along with leadership principles of understanding and even honesty. The greater control over the administration, the ability to question and force out ministers, and, not least, the means to hold a no-confidence vote on the prime minister (which Boris Johnson barely survived this month, when 41 percent of his own party voted to oust him) adds to the sense of accountability.

No doubt the Brits have their own problems, which frequently are not solved by their political leadership. London flats require huge pounds in monthly rent cheques, petrol prices are soaring, lorries spew pollution, and stabbings plague the Tube. Immigration strife also persists in Britain as much as anywhere.

Moreover, neither the Crown nor Parliament could prevent Brexit, which kicked the British economy and honour in the bloomin’ arse.*

*Maybe we should have said in the mug, but even the lady (Eliza Doolittle) got by with bloomin’ arse in My Fair Lady.

Therefore, this is not meant as a defence of all British programmes, and this blog is not recommending that America adopt the metric system or switch from baseball to cricket. Don’t get your knickers in a bunch. Alright, mates? We are simply putting in our two pence worth regarding a few things America still could learn from Queen Elizabeth and even the government led by Boris Johnson. Tally-ho.

Look for his posts each week, as this blog will explore and promote the idea of principle in politics, as to individual elected leaders and our federal government as an institution.