Law and Justice: Upholding the Law, Justly, is an Essential Governmental Function 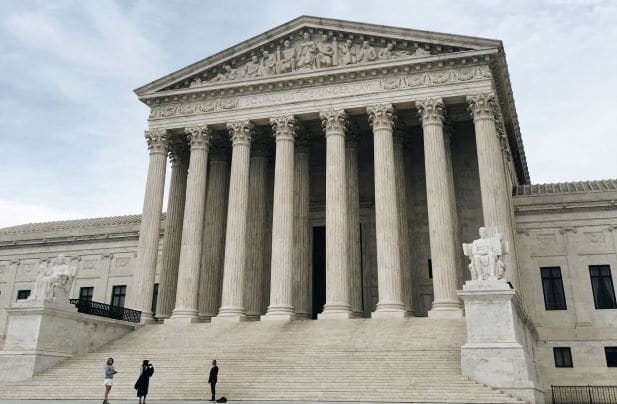 14 May Law and Justice: Upholding the Law, Justly, is an Essential Governmental Function

Posted at 05:42h in Government Principles by Admin 2 Comments

The Gettysburg Address, which President Lincoln penned on a train to the battlefield, contained ten sentences and 272 words. The speech is a model for brevity. Lincoln, who was a lawyer, perhaps would have used more ink had he been writing a legal document, instead of a speech, as it appears laws are not quite as famous for their conciseness. The Ten Commandments, perhaps the most cited law of all time, were longer than the Gettysburg Address, as they contain 297 words—and this was back when writing was done on stone tablets, thus providing extra reason for shortness. The Declaration of Independence, which, as we have noted in prior posts, is a form of legal document, contains 1,458 words. The revered United States Constitution, which has stood up for eight generations, comprised 7,591 words, including the amendments and signatures.

And then there is the United States Code, which uses 22 million words to set forth the federal laws of our country. It is unlikely the length and girth of our federal laws today is what John Adams had in mind when he said “we are a government of laws, not of men,” but indeed it remains true that principles of law and justice are important to our nation. It is incumbent upon our federal government to uphold those laws and the Constitution, but to fulfill the elementary pledge to do so “with liberty and justice for all.”

Enforcement of the Laws

The Declaration of Independence complained that the King, among other obnoxiousness, had “obstructed the Administration of Justice by refusing his Assent to laws for Establishing Judicial Powers.” With this assertion, the founders made clear that they understood the need for both laws and courts in order for self-governance and law enforcement to work. In drafting the Constitution a decade later, the founders inserted numerous provisions to ensure exactly that.

The Constitution allows the President to build out an administration and to appoint leaders of agencies to help with the job of running the country. One large part of the federal government is the U.S. Department of Justice. As its name hints, the DOJ is the primary agency tasked with enforcing the country’s laws. It can bring both criminal charges and civil lawsuits for damages, as well as engaging in other law enforcement activity. The DOJ alone today employs nearly 10,000 lawyers and is the largest “law firm” in the world. An alphabet full of other agencies like the SEC, OSHA, FTC, FBI, CIA, and DHS also uncover violations and enforce specific laws.

“Support law enforcement,” like “law and order” in days past, has become a political motto.  The perceived need for this is unfortunate, because our Constitution is arranged and our entire government undoubtedly is staffed to ensure order and enforcement of the laws.

It should be noted that all three branches of our federal government have necessary roles in making the United States a “nation of laws” in the intended way. As we learned in school, somewhat simplistically, the legislative branch makes the laws, the judicial branch interprets the laws, and the executive branch enforces the laws. There cannot be effective law enforcement unless and until there are helpful and properly-interpreted laws to enforce.

Principle Based Politics believes all three branches must focus on their constitutional duties, basing their decisions on principles rather than partisanship or ulterior motives. Congress must propose and enact only laws that are principle based. Federal judges must follow constitutional principles and render nonpartisan decisions. A principled President and Administration must enforce the laws vigorously and even-handedly. This focus on principles will allow the type of “Administration of Justice” and law enforcement envisioned by our founders and needed today by our people.

Just as the Constitution set up a system of law enforcement, however, the need for justice was simultaneously prioritized. Recall that, in expressly stating in the Preamble why they desired to “ordain and establish this Constitution,” the founders listed “to establish Justice” as the second of the six foundational reasons for the federal government’s existence.*

*The other five purposes listed after the words “in Order to” were to “form a more perfect Union…insure domestic Tranquility, provide for the common defence, promote the general Welfare, and secure the Blessings of Liberty to ourselves and our Posterity.”

Without question, justice was and still is a cornerstone principle in our country.

The coin of justice has two sides, though. As we “bring criminals to justice” and we cry out for “justice for Justine Diamond (or for George Floyd),” so, too, do we as a country want “justice for the accused” and “racial justice” in the courts. These latter desires, just as much as the need for law enforcement and the laws to be upheld, are strongly supported by our founding documents. Both the Declaration of Independence and the Constitution itself were strong rebukes to the legal abuses and deprivation of rights the King and his government perpetrated against individuals.

The Bill of Rights in particular establishes justice through the eyes of the criminally accused, with its constitutional protections against illegal search and seizure (Fourth Amendment); double jeopardy, self-incrimination, and deprivation of due process of law (Fifth Amendment); and cruel and unusual punishment (Eighth Amendment). The Bill of Rights also guaranteed the right of one charged with a crime to receive a speedy trial before an impartial jury (Sixth Amendment). All of these rights were designed to promote justice for the individual against the power of the police and the government’s prosecutors.

Freedom and Free Enterprise: Freedom of the People and Free Markets Should be Purposes of Government

Protecting the Vulnerable: A Necessary Role of the Government is to Protect Those in True Need