Transparency: Telling the People the Truth, Openly, is the Best Way to Govern. 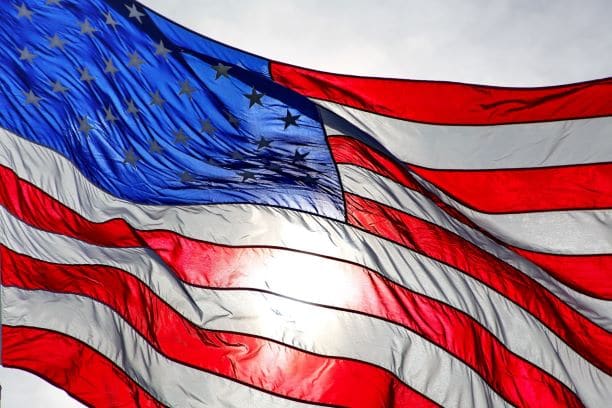 25 May Transparency: Telling the People the Truth, Openly, is the Best Way to Govern.

Posted at 05:41h in Government Principles by Admin 0 Comments

There are many meanings of the word transparent. To illustrate this, we will use eight synonyms in the following sentence: It is clear and unambiguous that the plain words explicit in our Constitution unequivocally created a federal government unmistakably designed to be straightforward and open. This sentence is a tad redundant, but you understand the linguistic point.

Moreover, the substantive point of our sentence above is true, as transparency has been a fundamental principle of our federal government since its inception.

Our objective in this blog is not to go on a twice-weekly rant about everything that is wrong with our federal government. That would be too easy. Our general goal is to suggest and advocate for helpful principles that we believe should form the basis for political decisions, ergo our name, Principle Based Politics. Today, however, we cannot exude or exult positivity without referencing what we see as the opposite of the transparency our country needs. Call this a “spin class,” if you will, as we will discuss a syllabus of topics that contrast transparency with “putting a spin on” the facts.

The first example comes from last year, when Covid-19 began to spread. Unfortunately, the political spin relative to the virus may have spread faster than the disease itself. Disinformation and holding back information were used by various politicians as tactics to make themselves appear in control or the “other side” appear not in control, or to lay blame and deflect blame. This was a bipartisan effort, as spin tactics were used by and against Republican governors and the president, as well as against Democratic governors and congresspeople. Seemingly anything that happened, the spin machine spun. Depending on who was talking, for example, the virus was a disaster that required lockdowns, closing schools, mask mandates, and stimulus bills, or the same virus was under control and the country would rebound soon. Election connotations were spun and spun about.

A related but separate issue involved the various “stimulus bills.” Spin: We will issue payments to help unemployed Americans cope with job loss and related suffering. Transparency: Along with payments to people who have lost their jobs, these bills include money for many different things related and unrelated to the pandemic, and this will increase the national debt significantly.

Although we could go on and on, we will mention only one other 2020 example of spin versus transparency. Spin: Gun violence, police brutality, and rioting prove either, depending on the spinner, that (1) Democratic-run cities are out of control or (2) Republican policies are ruining America. Transparency: We have serious problems in our cities that require strong bipartisan leadership at all levels and national sacrifices to solve. The best options for improvement should be explained candidly, along with the potential costs and impacts. Denying the problem and laying blame for the problem are equally unhelpful.

Particular pet peeves alluded to in the above examples are euphemistic names for proposed bills, such as the Affordable Care Act, CARES Act, the DREAM Act, the Equality Act. These names are adopted to make the bill “sound good,” as in “what decent-thinking person could be opposed to it?” Two opposites of transparent, however, are the words disguised and obscure. Titles of legislation that are meant to put a spin on a proposal rather than reveal what it actually would accomplish (and not accomplish, and at what cost, and what else the bill includes) do not honor the principle of transparency.

Euphemisms in election campaigns provide our final example of spin. Candidates take polls and then—assuming the polls so indicate—claim to be for jobs, families, security, etc. Transparent candidates would be more forthcoming about what particular policies they would support and how they would build a consensus to carry them out. Campaigns should be less about exciting the candidate’s base, which often has expectations raised to an unsatisfiable level. Campaigning should be about telling the truth to the voting public about all aspects of the candidate’s beliefs and plans for government.

The founders of our nation did not have the internet, C-SPAN or network TV, or radio. Our guess is they did not tweet.* But the founders still demonstrated their belief in government transparency by putting in the Constitution the best public communication methods they had available to them at the time.

*Regarding Twitter, let us simply say as an aside that any politician who thinks that tweeting prolifically somehow proves transparency may be confused. Most politicians’ tweets are simply short, one-sided press releases or attacks.

The first safeguard of transparency came in Article I of the Constitution, which required each house of Congress to “keep a journal of its Proceedings, and from time to time publish the same,” with the votes cast by the members shown if one-fifth of the members so requested. In Article II, the Constitution required the President to “from time to time give to the Congress Information on the State of the Union…” Thus, both Congress and the President were mandated to operate openly. Importantly, too, freedom of the press was explicitly protected by the First Amendment. While the role of the press in encouraging principled politics will be discussed in a later post on this blog, suffice it now to say the press is vital to transparency.

Federal election laws also are designed for transparency. Important provisions include financial disclosures, such as the recording of campaign contributions and expenditures. More election reform could help, such as requiring information about business connections, lobbyist ties, foreign entanglements (of the candidate personally and of family members and owned businesses), and health information relevant to the elected position.

The biggest safeguard of all remains us, the voters. It is up to us to insist on transparency, not just by the candidate we do not support or the official for whom we did not vote, but also by the candidate or official we prefer. Whether we are part of a political base, on an extreme end, or somewhere in the middle, we must insist that politicians level with us. We must not stop asking questions until we have answers.

What the Bible Says about Protecting the Vulnerable

Religious Freedom and Separation: All Must be Free to Worship, but Church and State should Remain Separate.