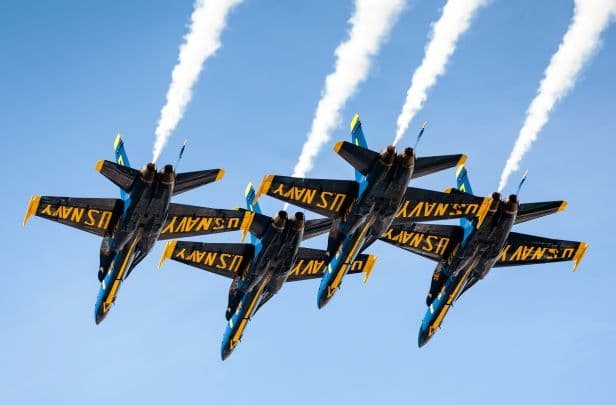 Posted at 05:38h in Issues, National Defense by Admin 0 Comments

The more common saying, however, is the latter version. This strategy argues for preparedness and assertiveness on the offensive side of the ball, so to speak, in order to enhance defensive performance.

More significantly and apt, in meeting its constitutional duty to “provide for the common defence,” our federal government has opted for an offense-focused defense strategy. A summary of the National Defense Strategy of the United States of America, published in 2018, makes this clear from its opening words:

“The Department of Defense’s enduring mission is to provide combat-credible military forces needed to deter war and protect the security of our nation. Should deterrence fail, the Joint Force is prepared to win. Reinforcing America’s traditional tools of diplomacy, the Department provides military options to ensure the President and our diplomats negotiate from a position of strength.”

This statement, signed by the then-current Secretary of Defense, represents the official position of our Department of Defense and of the United States—the best defense is a good offense.

Principle Based Politics will state right up front that it agrees wholeheartedly with a national strategy of utmost military preparedness. This includes preparedness through the enhancement of alliances. The analysis below, which, as always, is based on our principles, confirms this position.

Every new budget cycle presents the issue of what portion of the country’s resources should be devoted to national defense. The latest available figures indicate the United States currently spends between three and four percent of its gross domestic product on our military.* With a new administration (which already has proposed a budget for fiscal 2022) and a new makeup of Congress, the question has arisen anew whether defense should receive a smaller or larger portion of the national budget.

*This percentage appears to be about half of what it was 50 years ago, and it generally (but not always) has been trending downward during that time period.

The governing principles that apply to this question are freedom, protecting the vulnerable, and, as usually is the case to some extent, limited government. America also will be well served by elected federal officials who follow the leadership principles of peace, respect, and understanding. Pursuant to our process, we will apply all those principles to the issue of military spending.

Of the principles identified, freedom and protecting the vulnerable combine to control this issue. At the inception of our country, the Declaration of Independence announced the fundamental desire for “Safety” and the Constitution followed with an express purpose to “secure the blessings of Liberty.” The Constitution, as mentioned above, also listed national defense as one of the main duties of the federal government, and Congress specifically was granted the power to create “land and naval forces” and a militia, and to declare war, with the president as the commander and chief. Accordingly, other than the ever-present goal to keep taxes at the minimum amount necessary to meet the country’s collective needs, there is nothing about the principle of limited government that—pun intended—militates against federal government spending to defend our freedom and liberty. Moreover, every person in the country qualifies as vulnerable in need of protection in the context of outside military threats. The governing principles espoused by Principle Based Politics thus support a very strong military.

If we have leaders who follow the principle of understanding, they will seek first to understand just how much military spending is necessary to protect the people they represent. As they study that and rely on experts for guidance, they also will focus on what budgetary actions will garner respect for the United States from foreign powers. And they will consider the strategy of promoting the principle of peace by being prepared for war. All of these leadership principles also affirm the decision to provide whatever funds are necessary.

Being prepared for war today is a complex thing. First of all, threats exist across the globe, from a nondemocratic superpower like China, to a heavily-nuclear-armed Russia, to agitators like Iran and North Korea. The Middle East has been a hotspot since at least 1776…B.C. In addition, terrorism from abroad hit America hard as recently as 20 years ago. In the twenty-first century, we also face severe external threats through biotechnology, cyberwarfare, and other new realms of war.

In this multifaceted and menacing world, the United States obviously cannot rely on “just” the strongest traditional military on the planet (which we indeed must maintain). We also must be future-looking, at all times ahead of the world technologically and in infrastructure of every relevant type. National security today includes energy security, environmental security, economic security, cybersecurity, and much more.

Our best plan to avoid these perils involves not only devoting the necessary funds and federal attention to every aspect of “defense,” but also to initiate and strengthen alliances throughout the world.  America must make friends, not enemies. We must play offense diplomatically, as well as scientifically, economically, and technologically.

Racial and Criminal Justice: Applying Principles to the Issues