Racial and Criminal Justice: Applying Principles to the Issues 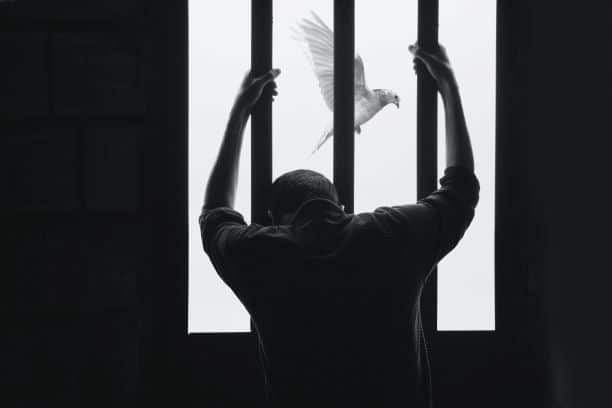 17 Jun Racial and Criminal Justice: Applying Principles to the Issues

If one were to ask a cross-section of the American people to name the “biggest issue” facing our nation today, there would be a variety of answers. Some would point to healthcare. Others would say educating our young people. There always will be those who focus on the economy. Climate change would draw a lot of attention. Guns, taxes, abortion, and law enforcement all might get some votes.

And many, we believe, would name racial and criminal justice as the predominant issue, particularly if there recently has been a police killing or if it is around this time of Juneteenth. The word issue actually should be plural here, as the people focusing on race might have several different specific points in mind. Police violence, sentencing, racial discrimination, and incarceration all are separate matters, and there are other sub-topics, as well. From whatever angle you view the subject, however, racial and criminal justice problems have plagued our country for centuries and do continue as issues for our federal government to this day.

Principle Base Politics will use this topic to show how we would employ principles to formulate our positions on policy questions.

The first step in applying principles to an issue is to identify what decision or action the government is contemplating. Should a new federal law be enacted, for example? In the context of racial and criminal justice, many laws already are on the books: police brutality is a crime today; racial discrimination is illegal under federal and state laws; federal sentencing guidelines are in place. Therefore, when revised laws are suggested in these areas, or specific enforcement decisions are considered, the analysis must shift to applying principles to any particular policy issues raised in those contexts.*

*Based on our principle of limited government, we cannot believe the passage of a new federal law is the solution to every problem in the country. The federal government must stay within its delegated roles, but it also must not shy away from acting when it needs to do so.

For demonstrative purposes, let us imagine today that a new bill has been introduced in Congress to repeal the mandatory minimum sentences for certain federal drug offenses. Proponents of the hypothetical bill argue that the existing minimums disproportionately impact minority groups and, in particular, contribute to “mass incarceration” of black males. Advocates for keeping the minimum sentences assert that drugs are a menace to society in many ways, justifying strict enforcement and punishment of federal drug offences.

Having identified the issue, the next step is to determine which principles apply to this proposed repeal. From our list of the top seven leadership principles, the principle of dignity jumps out. People of all races must be treated with human dignity, which includes not putting them (or keeping them) in prison unless it is necessary and fair to do so. From our list of principles for federal government, the principles of equality, protecting the vulnerable, and, obviously, law and justice apply to this issue as well. Equality demands that any racial disparities in sentencing treatment be eliminated. As for the vulnerable in need of protection, that includes crime victims for sure, but those accused of crimes and those imprisoned also are vulnerable. The principle of law and justice applies directly, but it, too, cuts both ways. Laws must be obeyed and enforced, but justice demands consistency and rationality for “due process of law” to be experienced.

From these applicable principles, the third task is to consider which principle or principles control—that is, we discern which principles carry the most weight as to the question of whether to repeal mandatory minimum sentences for federal drug offenses. While all of the principles are important, the problem of mass incarceration of nonviolent offenders seems most to implicate the principle of equality, which incorporates the concept of fairness. Many judges forced to impose the mandatory minimum jail sentences have objected to sentencing guidelines, saying those guidelines require them to send people to jail and for longer periods of time than the judges otherwise would. Those convicted of drug crimes, in particular, sometimes are disproportionately (and thus unfairly, unequally) locked up for longer than the judges believe to be deserved. In a sense, the incarcerated may have been caught in the crossfire of a politically motivated “war on drugs” or a “law and order” campaign. These convicted are the them referenced in the phrase “throw the book at them.”

In this hypothetical, if the mandatory minimums were removed, judges still would have the authority to impose jail sentences when warranted by the circumstances, and, when warranted, for the period of time deemed appropriate for the circumstances. Therefore, with judges able to exercise discretion, looking at the impact of the proposed bill—the fourth step of our analytical framework—reveals that repealing mandatory minimums would uphold the principles of law and justice while increasing equality, dignity, and protection of the vulnerable. The outcome of this principle-based process, then, would support a vote to repeal.

Beyond the hypothetical Congressional proposal discussed above, the principles espoused by Principle Based Politics have general applicability to the many different subtopics involved in racial and criminal justice.* The principles most relevant, again, are protecting the vulnerable, dignity, law and justice, and equality. These principles lead us to positions on judicial treatment of individuals accused and convicted of crimes, as well as views on the criminal justice system in its entirety.

*Where our principles lead us on the related issue of capital punishment will be the subject of a second post soon. Law enforcement also will be addressed separately.

Fair judicial treatment of the accused and convicted is essential, regardless of the race or economic class of the individual involved. The principle of equality alone recognizes that poor and minority defendants are constitutionally entitled to equal justice and not to have their liberty taken without due process of law. Judges, jurors, and jailers all must treat them with dignity. Defendants in criminal cases, including those convicted, are vulnerable to abuse of various kinds, and they retain their legal rights under our principles of law and justice.

Similarly, our principles lead us to view reform, redemption, and public safety to be the goals of the criminal justice system. All Americans are vulnerable to crime, and, to some extent, we all need federal protection (including incarceration of the worst offenders) to reduce criminal conduct, particularly of the violent sort. But, if our justice system, while treating the accused and convicted equally and with dignity at all stages, succeeds in reforming and redeeming those convicted, public safety will be enhanced in the process. Not only is this the principled result, but it is optimal for all.