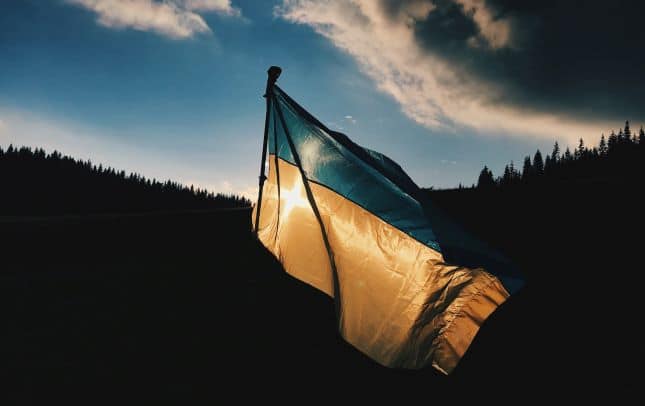 The war in Ukraine is less than two weeks old, and already it presents learning opportunities for a generation of Americans who have not lived through such times. May it serve as a reminder to all.

What We are Learning

War is uglier than you remember. Between wars, we tend to block out of our collective memory that homes get bombed, families are separated into fighters and fleers, generals send teenagers to kill and be killed, food and water run out, national treasures are lost, babies and children weep, and hatred spreads.

Innocents suffer. We see this in pictures, and we hear it in the voices of those who live to tell.

Threats and risks are hard to weigh. These are all around, creating the fog and confusion of war.

Strategic decisions are complicated. For example, establishing a “no-fly zone” sounds smart and helpful. Complexities buried in this action abound, however. Isn’t anyone who establishes a no-fly zone over Ukraine truly saying “and if you (Russia) violate this airspace, we will shoot down your planes”? That could be a ticket into a full-scale war with a nuclear power, which may not be as smart or helpful as a no-fly zone sounds.

Enemies can be more evil than you predict. “He (Putin) won’t really do it…he’d have to be crazy to unleash a full-scale invasion, kill civilians, and destroy the country.” That was what many people thought. But perhaps he is crazy, and he definitely is doing it. We need only look back less than a century to Hitler, Stalin, Saddam Hussein and Bin Laden, to see others with similar, evil mindsets.

America actually can unify. Since our post last week, Ukraine and the Need for Reconciliation, we have been pleased by the subsequent reduction in blaming and political-advantage taking that has accompanied the escalation of the war.

Friendships matter to nations. In times of war, you find out who your friends are. Mr. Putin is finding out that he doesn’t have any; Ukrainians are finding out that they do. Poland, Great Britain, Germany, France, the United States of America, and many others all are providing help to friends in need.

People in other countries notice, too. They see an authoritarian like Putin—a dictator and a bully. They observe a man utterly lacking The Top 7 Principles for Federal Leadership discussed by this blog for the past year. Understanding, respect, service, peace, integrity, dignity, and honesty all are obliterated by Putin’s ego, fear, bitterness, and imperialistic sense of nationalism. Ultimately, this will ruin Mr. Putin.

We pray that any actions that can flow from these lessons will occur before Ukraine and Russia both are ruined. Or worse.

Limited Government is Another Lesson to Remember

The principle of limited government also shines in the contrasting light of war. In America, national defense is the ultimate example of things only our federal government can do, thus it is a perfectly proper role that national leaders must prioritize. Ukraine, the United States, and every other country today are glad for the budget and attention reserved for war preparations. And this is another reason we should not spend excessively on unneeded entitlements, unhelpful “benefits,” over-stimulus, and other domestic spending. To borrow a phrase that fits, America should “keep our powder dry” for times like these.

Russia itself provides a contrast, as it has an unlimited government in multiple ways. For one thing, President Putin has taken for himself nearly complete power. There are no open elections. There are no checks or balances. There is no free press. In addition, Russia allocates its vast resources as Putin sees fit. Oligarchs he wants to help, prosper. For citizens from whom he wants loyalty, he provides enough for them to live and be dependent on the Kremlin. Today, all citizens of Russia are suffering as a result of the actions of one unrestrained man and his puppet government.

Ukraine and the Need for Reconciliation

How to Ferret Out the Truth about Candidates