What the Bible Says about Protecting the Vulnerable 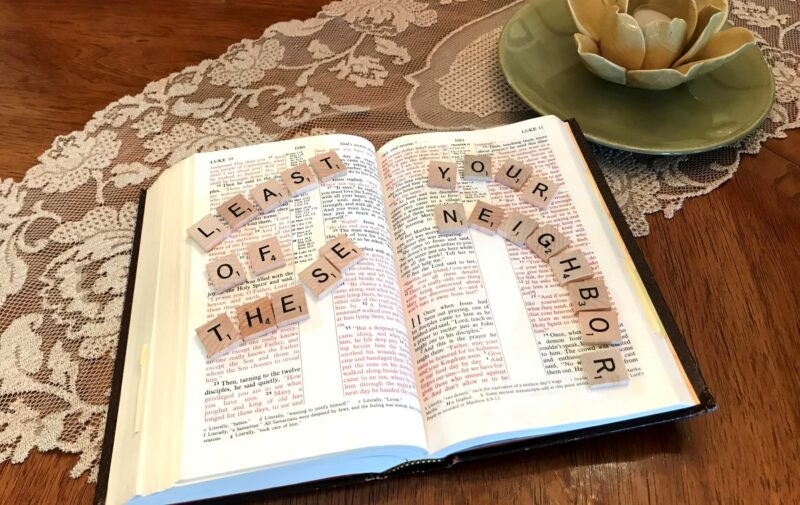 20 May What the Bible Says about Protecting the Vulnerable

Posted at 05:24h in Government Principles by Admin 0 Comments

Sadly, when Christianity comes up in politics today, often the discussion comes in the context of what “Christians” supposedly “oppose.” “Evangelicals” are described by the media as a “voting bloc” that supports certain candidates, it is said, primarily in opposition to policies on certain social issues. But, what Jesus Christ himself opposed on many occasions were things like hunger, thirst, poverty, and loneliness. Jesus, we believe setting the example for us today, was actually for much more than he was against. And one of the biggest planks in the positive platform espoused by Jesus was the principle of protecting the vulnerable.

Many, many passages in the Bible teach about the vulnerable who must be protected and the neighbor who must be loved and taken care of in difficult times. Most frequently, Jesus and others spoke of helping “the poor” and, by counterexample, not favoring “the rich” over those in need.

Protecting the vulnerable, in fact, is the subject of two of the most famous stories of the entire New Testament.

The story of “the Good Samaritan” is told so well in the Bible itself that we are tempted to just cut and paste it here from Luke, Chapter 10. Suspecting that people do not like to read block quotations, however, we will endeavor to tell the story the way a newspaper article would, with quotes on the key statements of the people involved.

A point of background may be helpful. Jesus was Jewish by his birth into a faithful Jewish family in a Jewish area of what today is Israel. Samaria was a separate territory adjacent to the Jewish-held lands, and the Samaritans, who had a different religion, were arch enemies of the Jews. One day, a Jewish legal expert posed a tough question to Jesus about the old Jewish law that says, “Love your neighbor as yourself,” a law that Jesus also believed. The legal expert’s question was: “And who is my neighbor?”

In response, Jesus told this story: A man was robbed, beaten badly, and left for dead as he walked down a dangerous highway. Two prominent Jewish leaders came along the same road, and both walked right past the dying man. But when a Samaritan came along, “he had compassion” and treated the wounds, bandaged the man’s injuries, and gave him a ride to an inn—even spending the night to help the man. The next day, the Samaritan gave the innkeeper money and said to keep and care for the injured traveler; the Samaritan would pay any additional charges on his return trip.

After relating this story, Jesus posed a rhetorical question back to the Jewish legal expert, asking, “Which of these three, do you think, proved to be a neighbor to the man who fell among the robbers?” The expert had to admit it was the Samaritan, who had shown “mercy” on the victim. Pleased, Jesus said to the expert, “You go, and do likewise.”

The point of this story is quite straightforward for all purposes, including the purposes of Principle Based Politics in this blog post some two thousand years later. Protecting, caring for, and showing mercy and compassion on a vulnerable person—a crime victim, an injured, dying, and penniless person, in this case—was the right thing to do, even if the vulnerable person is a stranger or a member of an enemy group. That is what it means to love your neighbor as yourself, which is a fundamental teaching of the Bible.

The Least of These

Jesus told a second story that goes even more directly and broadly to the point of protecting the vulnerable. In the middle of a very long sermon to his followers about the important topic of eternal life, Jesus explained how they should treat the vulnerable the same way they would treat a king (or, by analogy, treat God), and in doing so Jesus gave several examples of who he considered vulnerable.

At the end of life on earth, Jesus said, the King (or God) would ask each individual whether or not the individual had done the following:

Jesus knew these questions would be perplexing to people, who would wonder when they had seen the King hungry, thirst, lonely, naked, sick, or in prison. Jesus then made his point about protecting the vulnerable: “Truly, I say to you, as you did it (or did not do it, as the case may be) to one of the least of these my brothers, you did it to me.” He was saying emphatically that we all will be judged by how we treat people in need.

By this story, Jesus again was teaching his followers the principle of protecting the vulnerable—whatever their specific needs may be. In addition to the injured and penniless crime victim from the parable of the Good Samaritan, Jesus explicitly added six new categories of people who he considered vulnerable. And he instructed what we should do to help each: Provide food and drink to the hungry and thirsty. Welcome strangers. Clothe the naked, and visit the sick and imprisoned.

Presumably, the categories mentioned in the stories above are only examples, rather than an exhaustive list of who Jesus and the Bible consider to be vulnerable and needing help.

Protecting the Vulnerable: A Necessary Role of the Government is to Protect Those in True Need

Transparency: Telling the People the Truth, Openly, is the Best Way to Govern.