Stuck in the Middle with You 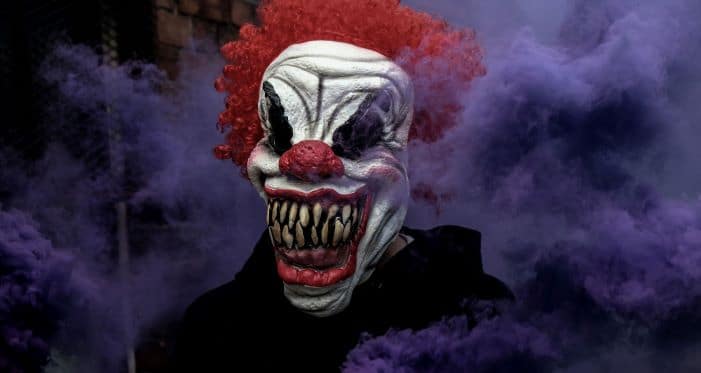 30 Nov Stuck in the Middle with You

Posted at 05:14h in Featured by Admin 0 Comments

Clowns to the left of me

Jokers to the right

Here I am stuck in the middle with you

Politically speaking, at least, do you ever relate to the subject of the above lyrics?* If so, this post (and Principle Based Politics as a whole) is for you.

*As an aside, a movie director with a first name that made him famous and the last name of Tarantino apparently liked this song so much that he used it in his 1992 film, Reservoir Dogs.

Turning Us into Fools

Now, we would never make it our business to state or imply that any politician in particular is a joker or a clown. There have been too many people already who have thrown around those kinds of personal insults. Principle Based Politics simply is using a catchy refrain from a 1970s song to drive home the point that extremism on both the political left and right is not good for our country.

Each political party in America used to be known for its principles—principles that overlap with ours. The Republicans used to be the party of freedom, free enterprise, and free religion, as well as limited government and national defense. The Democrats used to be known for principles of peace, equality, and protecting the vulnerable. Republicans were guardians of liberty, property, speech, and religious rights, while being defenders of the law. Democrats were protectors of people, magnanimous ideas, and dreams.

The parties were known for what they favored, not what they opposed.

Extremists in both parties today are the clowns and jokers of the left and right, and they are trying to pull America toward their polarized views.*

*Your blogger’s geographic bearings may leave him naturally un-polar. He resides on the bank of the Mississippi River, which many believe is the “center line” of our country—his home roughly equidistant between Boston and Los Angeles, Miami and Seattle. Also, he happens to live a couple of miles upriver from a bridge in Minneapolis that runs exactly along the 45th parallel of latitude between the Equator and the North Pole. He lives in the middle, not at the poles.

Here is how bad polarization is getting: when asked in surveys today how well they like members of the other party, on a scale of 1 to 100, Americans rate members of their own party 56 points higher. Stated differently, someone who put Republican people generally at “85” on the 100-point scale would put Democrats at “29.” A Democrat who would give Republican people a “20” score would give their fellow Democrat a “76,” on average. That kind of identity-based hostility against members of the other party is much worse than in 1978, for example, when the average gap was “only” 27 points on the same scale.

The sad irony is that political parties and ideologies depend on each other. Both have good ideas that can help America. As columnist Peggy Noonan recently pointed out in the Wall Street Journal (attributing the line to Oscar Hammerstein), “liberals need conservatives to hold them back, and conservatives need liberals to pull them forward.”

What We Should Do

In addition to its jab at those on the left and right, Stuck in the Middle with You has a few other lines that are thought-provoking, starting with the very first words of the song:

Well, I don’t know why I came here tonight

I’ve got the feeling that something ain’t right . . . (refrain)

Yes, I’m stuck in the middle with you

And I’m wondering what it is I should do

We know political extremism “ain’t right.” Those of us “stuck in the middle” while the pulling to the far left and far right is occurring should stick together. That’s what we should “do”. We should make known to the political parties that we will not follow them in their hatred of the opposing party. We will vote for what the parties love, not what they hate. We will vote for principled politicians.

To avoid being influenced by jokers and clowns left or right, we should stay where we are and insist that the political parties get back to their principles. Back in the middle with us.

If Roe v. Wade is Overturned