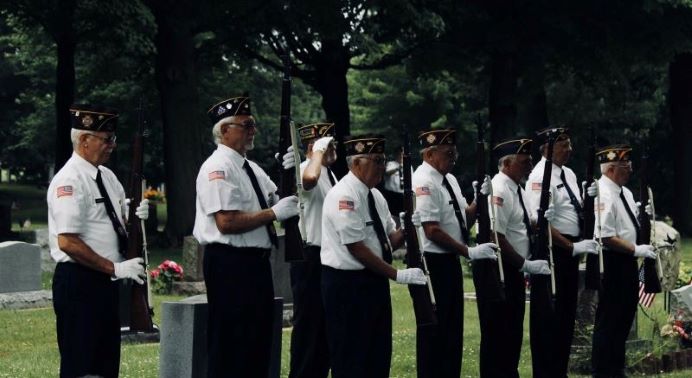 Posted at 05:28h in Uncategorized by Admin 0 Comments

Aretha Franklin’s “R-E-S-P-E-C-T” line in her famous 1967 recording emanated from a strong, confident woman wanting due respect. Her song became a ballad of the Civil Rights movement for women and blacks. It made her the Queen of Soul.

The principle of respect, as we think of it, is an inbound concept indeed. This differentiates respect from dignity, which we defined in our sixth principle as being directed outbound from a principled leader. We so highly value the need for America and its leaders to be respected that we list respect as our penultimate leadership principle.

Whether we spell it out or not, Americans desperately need a country and leadership deserving of our respect. People and countries across the globe also need the United States to be a world power they can respect and will follow.

Respect to Whom Respect is Owed

Franklin (Aretha, not Benjamin) set a profound example for all of us, including our federal government leaders, by singing from the moral high ground. Our leaders, like Franklin, could command this position of respect by never “doing you wrong.” They also should ensure that the United States is in a position of strength in all ways. Franklin’s asking for “just a little bit” of respect was a wise example, too, because respect is something one should not even need to request and should never be overdone.

To Principle Based Politics, respect is something that is and will be paid to whom it is owed.

The key for our political parties and all of us as voters is to elect leaders who will be deserving of our respect and will lead in such a way that the world will pay its due respect, as well. We can determine this from our candidate’s policies on foreign relations, national defense, climate change, and racial justice, among other issues. And we can tell whether politicians will command respect by how they display other key principles like integrity, understanding, service, and dignity.

In the Apostle Paul’s letter to the newly converted Christ-followers living in Rome during the first century, he addressed the question of whether Caesar’s government should be followed at all—should Christians pay taxes, obey secular laws, etc.? Paul disappointed some readers, no doubt, with an answer that remains instructive today for our current citizens and federal leaders alike. After several verses urging general submission to governing authorities, Paul bluntly concluded his instruction: “Give everyone what you owe him:  If you owe taxes, pay taxes; if revenue, then revenue; if respect, then respect; if honor, then honor.”

Self-respect is imperative to being respected by others and, in turn, to bringing respect to our nation. This may offer a clue to the mystery of how America can be better respected internally and abroad. In short, we need leaders who display self-respect, not narcissism or insecurity. The confidence and pride reflected in Aretha Franklin’s woman define self-respect. It is the quiet knowing that one is demonstrating dignity and honor in word, thought, and deed.

“Well, what self-respecting person would even want to run for public office?” you sadly may ask. That is too cynical of a viewpoint, we gladly would answer.

There indeed are people out there who respect themselves too much to say nearly anything to get elected. Individuals do exist who would not want the office for its power or prestige. There are people who care more about the United States than they do about control. Volunteers actually would step forward with integrity and a desire to understand, to give respect, and to serve.

As voters, what we need to do is assure these self-respecting citizens that if they do run for office, we will nominate, endorse, campaign, and vote for them.