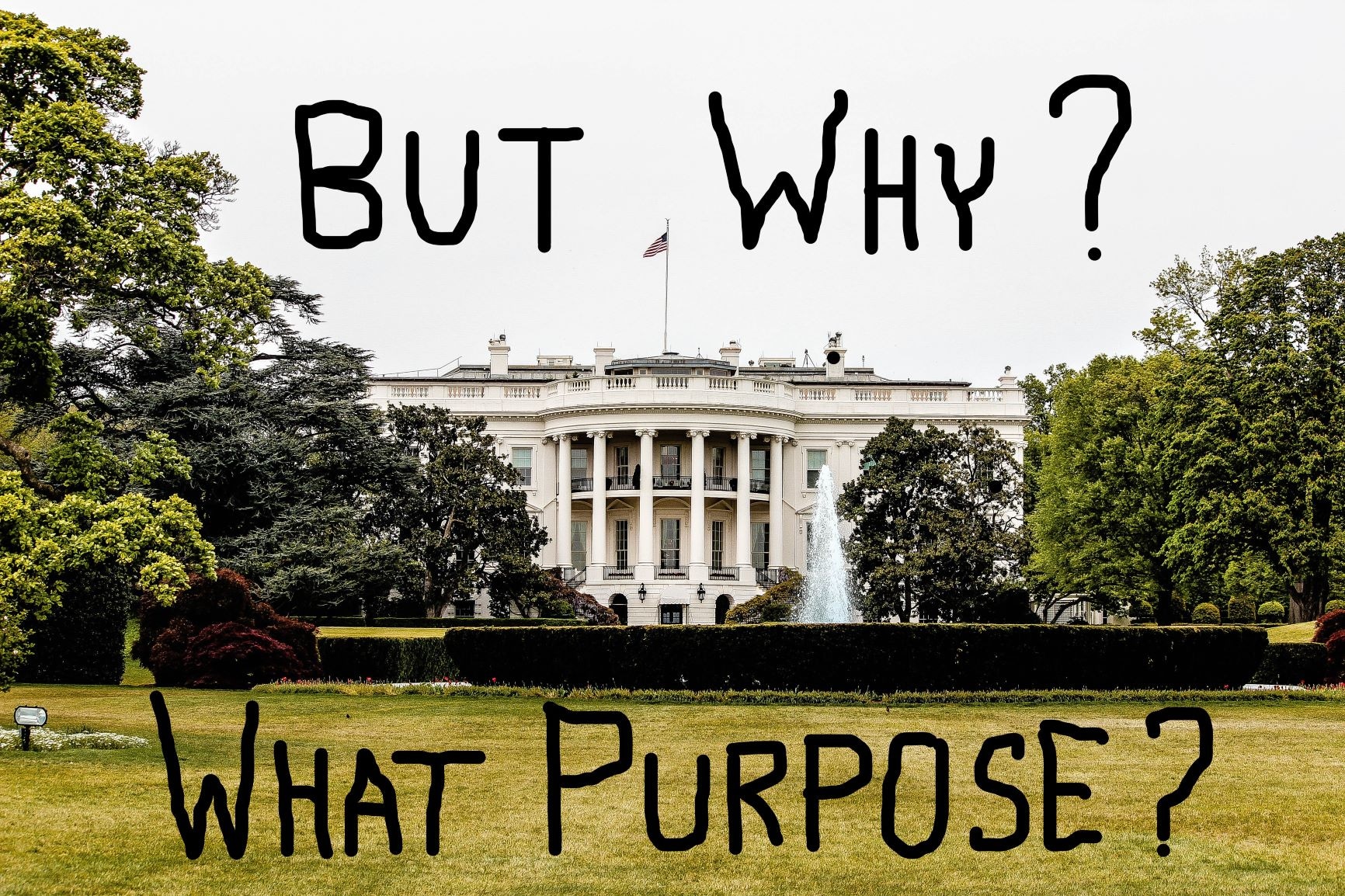 05 May Principles for Federal Government

Posted at 05:40h in Government Principles by Admin 0 Comments

Let us introduce this series of posts on the principles that today should undergird our federal government and its decision making by asking a simple question, and then digging deeper until we get to the root of the answer.

Why does the federal government exist? Technically, because in 1787 the Constitution stated that we will have one.

Why did the Constitution create a federal government? The Constitution itself begins its answer to this why question at the outset of its Preamble with eight simple words—“…in Order to form a more perfect union…”

Why do we want a union, let alone a more perfect one? There is strength in numbers, and in unity.

Why do we want strength and unity? To avoid oppression and to enable economic security. The Preamble itself continues by explaining the things that can be done by a strong union: “…establish Justice, ensure domestic Tranquility, provide for the common defense, promote the general Welfare…”

Why is avoiding oppression and enabling economic security necessary? The Constitutional statement of purpose concludes that only free and secure people can experience the “…Blessings of Liberty [for] ourselves and our Posterity.”

Our Declaration of Independence in 1776 provided a very similar answer to the one quoted above from the Constitution, in answering the fundamental question “But, why?” The Declaration put it this way as to the purpose of the “new Government” to be instituted: “[L]aying its foundation on such principles and organizing its powers in such form, as to them shall seem most likely to effect their Safety and Happiness.”

By questioning the basic purpose of our federal government, and next by studying the documents upon which our country was created, we can begin to identify and understand the “principles” that provide the necessary “foundation” for the United States of America and for “organizing its powers” to do as originally intended.

Our founders were so convinced of some of these principles that they called them “self-evident” and “unalienable rights.” They were expressly referring to concepts like equality (all “are created equal”) and “liberty” (as in “Life, Liberty and the Pursuit of Happiness”). Religious freedom, which was the subject of the very first amendment to the Constitution, was foundational like that, too. These were and still are indispensable principles for governmental treatment of individuals. Our founders seemed to understand clearly that the government they were creating was for “we the people,” and they did not regard the people as being subjects of the government.*

*Context on this point is so instructive. The colonists were breaking away from a tyrannical King who did not treat them with equality or freedom in any sense.

The word unalienable refers to rights that are inherently impossible to take from, or be given away by, the person who possesses them. The meaning of self-evident is, well, self-evident. Clearly, as human beings and citizens, we still possess these rights to equal and fair treatment, liberty, freedom, and worship just as much in years that begin with a 20 as with a 17.

How a government should run itself (as opposed to how the people should be treated) requires a slightly different type of government principles. Our founders thought about this, too, in setting up a federal government that was limited in scope and open to the people. It was a brilliantly devised democracy. Reeling again from the excess powers and abuses of the King, the founders took pains to limit the federal government by expressly setting up checks and balances on the three co-equal branches. They also established federalism, which reserved rights and powers to the states and the people themselves, rather than expanding the federal government. The national government was empowered only to play specified roles, and it was restrained from getting in the way of the people and their individual states. Open voting, a free press, and representation in decision-making processes were some of the key hallmarks of what today is known as “transparency,” which is another fundamental principle to be honored by our federal government.

A third and final type of principles relates to the protective role our federal government must play. America was set up as “a nation of laws,” the Constitution specifically called out the desire to “establish Justice,” and a Bill of Rights was quickly passed to protect the criminally accused and others. Later amendments protected former slaves as well as the right of the people to vote. In truth, it could be argued that indeed the main purpose of our founding documents (and constitutional amendments) has been to protect anyone who is vulnerable to abuse. Remember, protection from royal “usurpations” was imperative in the lives of the colonists, and a similar vulnerability and need for protection was utterly obvious in the times of slavery.

Principle Based Politics has identified seven tenets/philosophies that we believe the founders had in mind when they started our nation. And, as a tremendous and amazing credit to the foresight of those founders, these same “government principles” remain necessary and helpful today, nearly a quarter of a millennium later. Our list of principles will attempt to spell out these principles for use in our current circumstances.

The gist of our list is how a government should treat its people and what it should value. Over the next month, we will expound on the following government principles:

Unlike our previous list of the seven key leadership principles, which principles we believe must be engrained in and cannot simply be adopted by an individual for political purposes, this new list of government principles can be proposed, urged, debated, and settled upon. The meaning and ongoing wisdom of these philosophies can be discussed and agreed. Importantly, each of these principles can be applied by our government to resolve the issues we face today.

Principle Based Politics will advocate for precisely that—the adoption and smart application of these principles by our federal government.

Sources of the Top 7 Principles for Federal Leadership