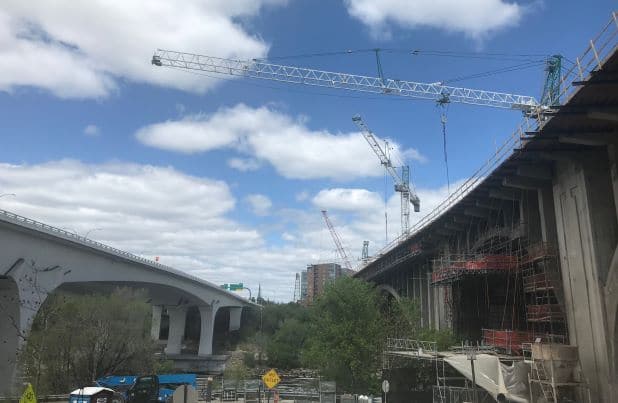 07 Jun Justification of Federal Involvement: Why Only the U.S. Government Can Do Certain Things

Posted at 05:27h in Government Principles by Admin 0 Comments

There are many things that we, the people, do not delegate to our federal government. Some, such as owning and operating businesses, economics will take care of through supply and demand, with private companies stepping forward to provide what the people need (while making a profit in the meantime). There are other helpful things, including education past high school, that nonprofit institutions—and some for-profit, as well–gladly offer. Sometimes there are roles either the federal government, a for-profit business, or a charity could do, and the question is who can do it most efficiently.*

On other public needs, the question is not so much if the government should fulfill them, but which government? States, counties, cities, towns, and townships all have roles to play. In some cases, like regulating American companies that operate businesses in another country, the government of the other nation is better suited to the task than is the United States. On some big, international issues, bodies and alliances like the United Nations or NATO are given the job.

And finally, some things are best left undone completely. For instance, do we really need every single one of the laws and government programs that exist today?

Principle Based Politics, however, has identified nine topics that fall outside the above categories and do in fact beckon for the United States government, because only our federal government can do these things.

What Can Only Our Federal Government Do?

The nine roles listed in our previous post remain suitable for federal action, despite our principle of limited government. These actually are the specific things our government is limited to doing. The nine, as discussed below, each fall under one of a handful of headings that explain why only our federal government can fill these needs.

One type of appropriate task for the U.S. government involves truly national issues. These issues include foreign relations, national defense and national security, monetary policy, and currency. It is impossible to image a system in which states individually negotiate treaties or alliances with whatever foreign nations they wish. Similarly, a state or group of states could not even try to form a military ready to jump into wars across the globe (or even in another part of the United States itself). We cannot have Oregon and Ohio using different coins and paper money than do Maryland, Montana, and Minnesota, nor can states maintain a large enough treasury, a federal reserve, or set borrowing rates for banks across the country. Lastly, recent history reminds us that only a national government can take many of the steps necessary to prepare for or react to a pandemic. All of the nationwide concerns in this paragraph require at least some federal action.

The second heading is for those issues that require consistency and comprehensiveness that only the national government can provide. Stewardship of our planet, to name one very big issue, cannot be done in a haphazard fashion with some states or cities protecting the environment and others not. Passage and enforcement of some other types of laws, such as civil rights statutes, or antitrust and intellectual property rules, seem also to need particular consistency. Interstate highways, bridges, energy resources and grids, national parks, and technology capabilities all fit into this category, as well, because only the federal government has the full incentive to create comprehensive and consistent systems. With most topics under this heading, the country is only as strong as its weakest link, which necessitates some federal control.

Cost comes into play for a few items that form a third heading of their own. No municipality, state, or region, for example, could afford military assets to ward off a nuclear attack, air invasion, or even a land war against troops of a foreign nation. Climate change is a similar problem that only the federal government can have the budget, let alone the political capital internally and abroad, to tackle. These are things that, as the saying goes, “if you have to ask how much they cost, you can’t afford them.” Only the U.S. government has the resources to handle this final category.

The founders of our nation correctly recognized two somewhat contradictory facts simultaneously. First, they knew from experience that a federal government must have its role clearly defined if tyranny and oppression from an all-powerful government are to be avoided. They also acknowledged, however, that there are certain categories of jobs the people will want to delegate to the federal government, either for financial, consistency, or practical reasons. Balancing these desires is what creates the need for careful adherence to the principle of limited government.

How Limited Government Interacts with Other Principles

The previous six government principles featured in this blog over the past month—equality, freedom and free enterprise, transparency, law and justice, protecting the vulnerable, and religious freedom and separation—all overlap with the principle of limited government on at least one public policy issue.

To illustrate this point, take the policy issue of federal taxation. While our Constitution now allows the federal government to collect taxes, and while it is clear the federal government must have some revenue through which to fund the necessary tasks discussed above, other principles in addition to limited government constrain taxing authority. Freedom and free enterprise weigh against taking more money from a citizen than is needed to pay the unavoidable costs of governing. Protecting the vulnerable, in turn, often requires the government to take money from taxpayers and use it to help others, a situation that demands the government exercise restraint and enhance efficiency for the good of all. Transparency in how tax money is collected and spent also intersects with the notion of limited government, as a taxpayer trust undergirds the “consent of the governed” that allows any government at all. And the principle of equality is woven throughout tax law in a way that demands restraint and long-term fairness; a free-spending, unlimited government is not treating subsequent taxpayers equally or fairly if it incurs debts now that must be paid by future generations.

In fulfilling its assignments on issues ranging from infrastructure to health to the environment to national defense and more, the federal government must not shy away from performing the nine categories of essential duties delegated to it, as only a unified nation can accomplish those things. At the same time, the boundaries set for our government must not be erased, and many other governing principles also must be honored.

No one ever said limited government would be simple.

Limited Government: The Federal Government Should do Only what Others Cannot.