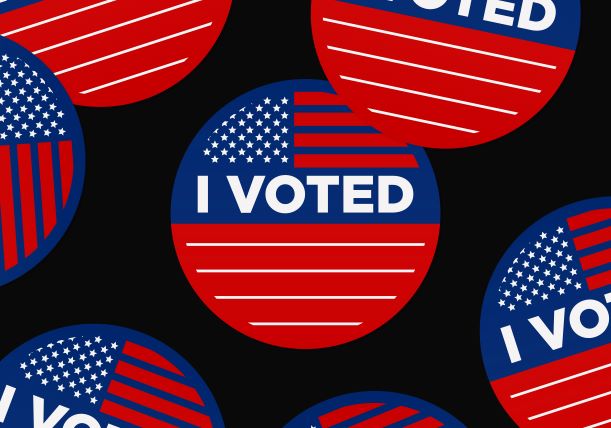 Today is the day, or, we should say in this age of mail-in and early voting, the last day to cast your ballot for the 2022 elections. So, what does Principle Based Politics really want to see happen today and tonight? In addition to the most principle-based candidates winning, we desire two things—a huge turnout of voters, followed by everyone accepting and respecting the election results.

As to the latter point, way too many Americans in recent years have hurt the country by trying to delegitimize our precious elections. After Hillary Clinton lost in 2016, “Not My President” rallies arose on “Not My President’s Day” (February 20, 2017). In 2018, Stacey Abrams lost the governor race in Georgia, but refused to accept her defeat. Then, of course, even before all of the votes were counted, Donald Trump and his lackeys infamously undermined the 2020 election results, declared victory, eventually attempted to stop certification of the true vote totals, and (mostly without success) tried to change the rules to make winning easier in the future.

That is why, on this election day, we hope that all will speak now by voting and then forever hold their peace about the outcome.

As often is said, elections do matter, and this serves as the most obvious reason for eligible voters to do so. But why is it that elections matter? There must be reasons beyond the fact that this phrase is so frequently repeated.

First, winning bestows power on the electoral victors, and power matters. For example, an elected president has the constitutional power to nominate department heads and federal judges, including justices with life tenure on the United States Supreme Court. In the this vein—and more relevant to the 2022 midterm elections—United States Senators have the power to confirm those same nominations. Members of the House of Representatives, all of which seats are up for election today, have constitutional powers related to national budgetary matters. Both congressional houses have the power to remove a U.S. President from office. These, among others, are important powers.

Nevertheless, the power divvied up by elections actually is less significant than the second reason elections matter—elections provide authority and legitimacy to the laws enacted by those in office. “Well, we elected them” is a compelling argument against anyone who doubts whether governmental action is enforceable. When a law is made by officials who were elected to do so, that is the way democracy is supposed to work. The legitimacy and authority of our government—in our “nation of laws”—always will be better respected when legislatures in their totality of members on both sides of the aisle, rather than courts or governors exercising emergency powers or presidents issuing executive orders,* are making the rules.

*Think of lockdowns and mandates during the pandemic, cancelling international treaties, student loan forgiveness, and decisions not to enforce certain laws, all of which have been ordered by state and national executive branches in recent years. These and other actions have been challenged bitterly as usurpation of democratic powers.

Most important of all, democracy matters, and elections are the heart of democracy. It is in a representative democracy like the United States that citizens have our best opportunity to control and flourish in our own lives. Without democracy, the freedoms and fruits that Americans have known will disappear. In a recent poll, 21 percent of voters said “threats to democracy” is the most important issue facing America today. Elections matter for democracy. Elections are democracy.

Another troubling aspect of the above-mentioned challenges to election results is that it has spilled over into disrespect for court decisions, too. Today, when a jury acquits an accused, some spew that the verdict is “biased” and “unfair.” On the other hand, when a jury or judge convicts or sentences the accused, others dispute that decision with equal vitriol. And, most notably, when the United States Supreme Court issues a ruling that some do not like (or want to use for political purposes), these critics label the high court itself as “illegitimate.”

When you disagree with the way the Supreme Court interprets the law, the proper response is not to bash the justices as “corrupt” or the court as “untrustworthy.” The proper response, as with any government decision, is to nominate and support better, more principled candidates for elected office, because it is those elected officials who will select and approve future judges.

Attacking the legitimacy of elections and court decisions weakens democracy by diminishing trust in our governmental institutions. Starting with today’s midterm elections, we hope all Americans will learn to accept results and move forward together.

2024 Campaign Speeches, to be Given