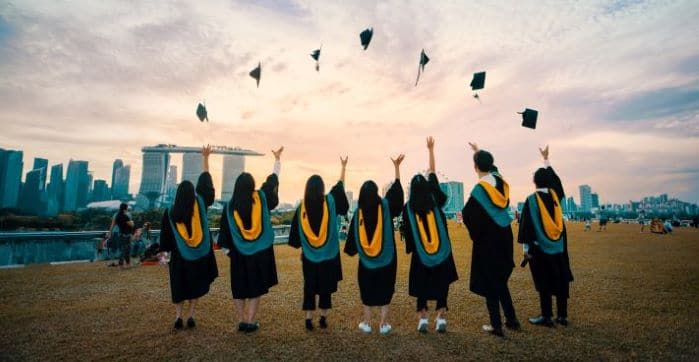 The educators (and parents) among us will cringe when reviewing a ranked list of “best songs about school.” For all of us students of the 1970s, it admittedly is a little embarrassing. Number 1 is Alice Cooper’s 1972 celebration that “school’s out for the summer; school’s out, forever!” Moving down the list we quickly come to Smokin’ in the Boy’s Room by Brownsville Station, the only “point” of which is explained by the title to that 1973 hit song. Then there is Pink Floyd’s 1979 grammatically self-defeating argument: “We don’t need no education…Hey! Teachers! Leave them kids alone.”

It is apparent that Pink Floyd was wrong, however, as we do need education, notwithstanding the music culture of the ‘70s. Education broadens and inspires minds. Education can alleviate poverty. Education can improve employment and income opportunities. Education propels many to a better life.

Education also is rife with political issues that cry out for resolution based on principles. Not principals—although they are important to education in a different way and should be followed by teachers and students—but principles that our federal government should follow. Though the issues are many, Principle Based Politics will focus on one from higher education and then address elementary and secondary education below, applying our principled analytical process to each.

Aid to Colleges and College Students

In 1965, President Lyndon Johnson signed a bill called the Higher Education Act. That law was amended and reauthorized in 2008 as the Higher Education Opportunity Act, which was signed by President George W. Bush. Through these pieces of federal legislation, among other things, our federal government provides loans to many, as well as grants to college students who demonstrate exceptional need. Annually, some $150 billion is provided, including roughly $30 billion in grants and $120 billion in loans.

One issue related to federal student aid is whether the government should continue supporting higher education through the loan programs in particular. Concerns are that students are borrowing more than they can repay, as the total amount owed in federal student loans exceeds $1.5 trillion.* Some have described a pending “student loan crisis.”

*Various politicians have proposed that student loans simply be “forgiven,” with the taxpayers in effect covering those outstanding bills. If these proposals persist, Principle Based Politics will address forgiveness of student loans in a separate post on this blog.

The principles of limited government and free enterprise apply in a similar way to federal student loans. Both beg the question of whether the federal government should be in the business of lending money to college students, or whether that is better done by state governments or the private sector. Free enterprise would say that banks and other loan companies can and would fill any need for student loans. Without question, however, the borrower qualification standards, interest rates, and repayment terms imposed by the private sector would be more onerous if the student loans were not guaranteed by the federal government. This would reduce the total amount of money being borrowed—and likely also the number of students attending college.

In turn, the principle of limited government, as we view it, says the federal government should do only what others cannot. It may be that nobody besides the United States itself would stand behind loans to aspiring college students, at least with interest rates and repayment terms the borrowers would accept. This reality brings us to the second part of the limited government analysis, which here would be whether helping students attend college is a legitimate role of the federal government at all. Of the nine roles that we have identified as appropriate for the federal government, “ensuring the future” fits best.* Indeed, the long-term benefits of education referenced above do carry over to our nation as a whole. America needs well-educated scientists in various specialties, engineers, economists, diplomats, and professionals in other fields. Making education accessible does help ensure our future.

*The other roles for our federal government are infrastructure, disease prevention and control, national defense, protecting the environment, protecting the vulnerable, foreign relations, law, and national monetary policy and currency.

In the end, the principle of limited government controls the federal student loan dilemma. While one aspect surely is the stewardship of our nation’s financial resources, the most relevant consideration in the limited government analysis comes back to necessity. When the government is the only party than can assist a needy but promising student in attending college, it is appropriate to do so, either through grants or borrower-favorable loans. Federal Pell grants go only to needy students, and, if anything, should be increased. At the same time, it is highly doubtful that federal student loan programs historically have been restricted to students who truly need the money, need the full amount borrowed, or could not borrow elsewhere. The principle of limited government suggests that the scope of the loan program be reduced to those criteria.

Continuing the guaranteed student loan program, but to a lesser degree, is the principled way to use taxpayer money to support higher education. This will serve our nation well—both in ensuring the future and through the lens of fiscal responsibility.

Like the Higher Education Act and its current sequel, Congress has passed a federal law governing education of students from kindergarten through high school. Naturally, this is known as the Elementary and Secondary Education Act, which also originated in 1965. The most astute among you may be thinking, “But wait, don’t the state governments create school districts and control K-12 education?” Therein lies the second issue to be analyzed here, which is whether the federal government or the states should fund and control elementary and secondary schools.

On this issue, the analysis is much more straightforward, as limited government is the dominant principle. As a threshold matter, the federal government clearly is not the only party that can provide K-12 education, as that always has been done under the auspices of the states and their independent school districts, as well as non-government-run schools.* By definition, then, the federal government should not have a lead role.

*Besides tradition, there are good reasons for local, rather than federal, control.  In short, school boards have the strongest interest in the success of their schools at educating the area students. This provides helpful incentives for funding and public support.

Currently, federal involvement in elementary and secondary education comprises standard setting and other federal mandates. As a carrot to drive those initiatives, the federal government also does provide some targeted funding that makes up a small percentage of a school’s budget. These rules and monies generally could be said to fall under the category of protecting the vulnerable, which is another legitimate federal role. As we will discuss in a separate post regarding the issue of federal regulation, even this federal control over K-12 education should be circumscribed to the absolute minimum necessary.

If a rule is needed to prevent smoking in the restrooms, for example, or when summer recess should begin, the federal government need not call that tune.

Guns: Applying Principles to the Issues