The Top Four Threats to Democracy 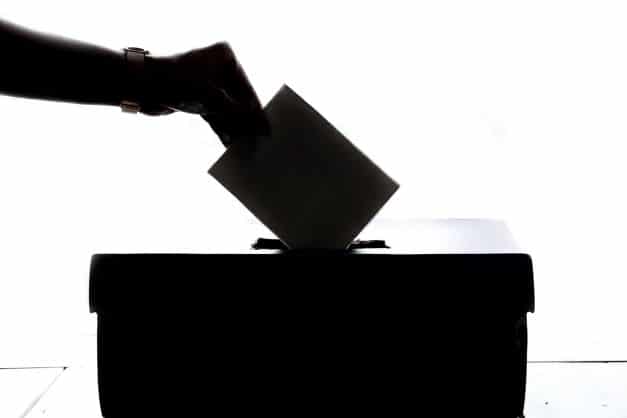 Posted at 05:49h in Uncategorized by Admin 0 Comments

Danger for American democracy arises when our country is divided (1) politically, (2) economically, and (3) racially, and when (4) the executive branch asserts too much power. That is the premise of Four Threats: The Recurring Crises of American Democracy, a book by Suzanne Mettler and Robert Lieberman. In 2020, when the book was written, the authors thought all four conditions were present, creating a potential doomsday scenario for our democracy.

This is not a book review of Four Threats. Instead, this post will look at the quartet of dangers themselves, using the principles we advocate at Principle Based Politics.

At what point is democracy’s doomsday possible? That is the question we will address.

Polarization is the Real Enemy

The first three dangers listed above all are forms of polarization, really. Political division pits Republicans against Democrats, with each treating the other as enemies rather than colleagues. Similarly, economic division is present when the rich get richer and the not-rich don’t, and each group thinks less of the other in the process. Racial division deepens when people value themselves and others by color coding.

As we see it, principles are the antidote for these poles. Understanding, dignity, equality, and peace are some of the leadership and governing principles we have identified, and all stand for togetherness rather than division. For example, seeking first to understand the supporters of a political party cuts against treating them as enemies. The principles of dignity and equality recognize that all persons are created in the image of God and equally so. Domestic peace by definition reflects unity rather than separation.

Let’s examine each of the dividing dangers individually:

Preserving democracy, it seems, does not require the elimination of political, economic, or racial distinctions. Doing so would be impossible anyway. The key, instead, is to honor principles rather than using polarization for political gain.

The fourth listed danger—power excessively consolidated in the White House and its administration—in theory would be trouble for sure. Certainly, the misappropriation of authority is not a principle we favor at Principle Based Politics, and our principle of law and justice directly opposes usurpation. So far, however, the separation of powers built into our federal government through the Constitution has overcome any attempts to excessively consolidate power.

Federal courts, with judges appointed for life to remove their dependence on the president who nominated and senators who approved them, remain independent. They are guardians of the U.S. Constitution, which limits the powers of the executive branch. We see this when the courts—even those appointed by the sitting president—rule that actions by the administration are illegal or unconstitutional.

Congress, with its powers to investigate, pass laws, override vetoes, impeach, and control the purse strings (among other things), can be controlled only by the voters who elect the senators and representatives.

Given the safeguards built into our federal government’s three separate branches, the tree of democracy is not likely to wither and die even if the White House were to strive for power (through polarization or otherwise) over principles.

What Impeachment Cases Need is a Normal Trial

A Lineup of Principled Politicians