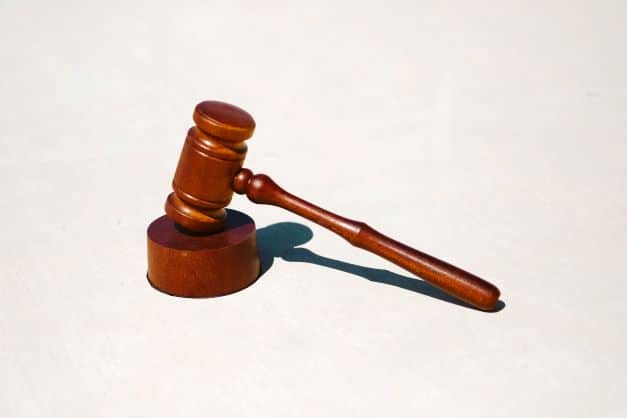 Posted at 05:21h in Issues, Nomination Of Federal Judges by Admin 0 Comments

During his 208 weeks in office, Donald Trump appointed 261 federal judges. The Senate also was kept busy with this, given its constitutional role to review and vote on whether to confirm the President’s nominations to the district courts, the courts of appeals, and the Supreme Court of the United States, as well as to specialty courts such as for the armed forces, veterans, and federal tax matters.

Nominations of Supreme Court Justices always draw the most attention from the public, and there were three nominated and confirmed during the previous presidential term—Neil Gorsuch (in 2017), Brett Kavanaugh (2018), and Amy Coney Barrett (2020).  Each nomination became politically controversial in its own way. Justice Gorsuch was approved by the Senate on a 54-45 vote, Kavanaugh 50-48, and Barrett 52-48. In all three appointments, legislators’ votes stuck close to party lines. On nominations to the lower courts, many of the votes were similarly divided and partisan.

Public reaction to all of this judge nominating, reviewing, and (usually) confirming is mixed. Some Americans, along with the federal leaders who represent them, care very deeply that judges of certain “conservative” or “liberal” leanings are put on the bench. Others want specific demographics to be “represented” in the judiciary. Yet others do not seem terribly interested in any of it, probably assuming that the decisions federal judges make will not affect them.

Principle Based Politics believes the appointment of federal judges is highly important to every person in the United States. We also believe that the judiciary is every bit as vital to our constitutional democracy as the executive and legislative branches that do the nominating and voting.

But we think there is a better way—a more principled way—to decide who to nominate and how to conduct confirmation hearings, and in Senate voting than has been followed in recent years.

Federal judges appointed under Article III of the U.S. Constitution receive “life tenure,” which basically means that they will be on the bench until they die, are removed from office for misconduct, or decide to resign. The trend in recent times has been for the White House to nominate younger people, specifically so that those people can continue as federal judges for several decades. The judges are seen as part of the President’s “legacy,” which, indeed, they are—for better or worse.

That our nation grants its judges life tenure is a good thing, as it avoids any political pressure on them to rule in favor of someone who could get them fired. Nor do they need to worry about elections when they have the job forever if they want it. While helpful, however, these lifetime appointments do heighten the focus on selecting the best judges. Nobody wants the wrong judge in a lifelong position. Therefore, a very important issue for the President and Senate is how to decide who to select or approve.

The principles that we believe should apply to federal judge nomination and confirmation are equality and, of course, the principle of law and justice itself. Equality requires that all people be treated fairly. “Equal protection of the laws” is guaranteed by the Constitution, and the Declaration of Independence made clear from the very beginning that, in America, a fundamental truth is that all humans “are created equal.” The two-pronged principle of law and justice demands the same. The law must be applied to all people, and it must be applied in a fair and just way. These principles should control the issue of judge appointment. If we select judges who will treat people equally and according to the law, that is what matters most.

So, then, how should we decide who to select? Particularly as to Supreme Court Justices, an approach based on principle would focus first on a candidate’s lower-court experience in applying the Constitution and other laws faithfully and fairly. Rather than speech-filled confirmation hearings and grandstanding through the media, our political leaders should determine whether the candidate has this experience and has been diligent in writing well-researched, objective, and clear legal opinions. For all new federal judges, a similar approach can be taken. In addition, assessment by a non-partisan panel can be used to determine that the nominee for any district or appellate court position has the proven educational and practical qualifications for the job.

That principle-based process will produce the kind of experienced, diligent, objective, clear, qualified, and—most of all—fair judges we want to see appointed for life to such an important role in our country.

The Constitution of the United States includes a brilliant system to make sure no part of our federal government is too powerful, or that the government as a whole gets out of control, for that matter. It is a three-branched system of checks and balances. As discussed above, for example, the executive and legislative branches select the judges; this acts as a form of check on the judicial branch.

Once our federal judges are in place (with their life tenure to protect them), they play a crucial role in reining in the other two branches. Most commonly, federal judges can declare laws to be unconstitutional and, therefore, invalid. This keeps the law-making in check. They also can rule on cases in which the United States or its agents are parties, and they can find presidential or administrative actions unconstitutional and illegal. These powers act as checks on the executive branch.

There is a good chance our federal government would have imploded by now without this system. The judicial branch’s essential function to check and balance the other branches makes it all the more important that we nominate and confirm unbiased judges with no agenda other than to do the right thing in every case that comes to their courtroom.

Social Security and Benefits Programs: Applying Principles to the Issues