Real Fireworks in the Declaration 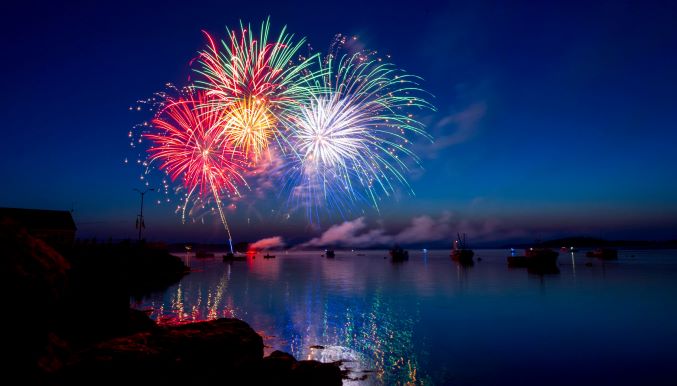 04 Jul Real Fireworks in the Declaration

America’s Fourth of July holiday celebrates the signing of the Declaration of Independence. The question today is what message our country still can derive from that 1776 event. Entertainment spectacle and holiday value aside, how big of a deal is the substance of the document at this time?

As you could expect from a cause named Principle Based Politics, we think the most significant continuing relevance of the Declaration of Independence is found in the fundamental principles it established. These principles either still abide today, or, if they have dwindled, America would be better off if they remained strong. We see the most meaningful continuing messages as falling into four main buckets:

Americans hate oppression and tyranny, and they will never put up with being controlled by any other nation. The Declaration of Independence was not one bit ambiguous. The colonists demanded liberty. They had had enough “abuses” to convince them to settle for nothing less than absolute independence. That is what they declared, and that is what they meant. History has proved this to be true: freedom and independence are in our national DNA.

Today and at no point in the future are Americans going to be satisfied with anything less. You can see hints of this in the way we react to our own government when it imposes well-intentioned mandates or restrictions, raises taxes, or tries to regulate our private lives and businesses. Sometimes we go so far as to describe even these types of governmental impositions as forms of oppression and tyranny. Consider for a moment how we would react if these impositions—or worse—were coming from outside the United States.

The principle of freedom is the first aspect of the Declaration of Independence that remains relevant today.

Americans will protect human rights. In the second sentence of the Declaration of Independence, the drafters penned some of the most famous words ever written: “We hold these truths to be self-evident, that all men are created equal, that they are endowed by their Creator with certain unalienable Rights, that among these are Life, Liberty and the pursuit of Happiness.” In the very next clause, the drafters said that “to secure these rights” is the reason for a government to exist. And then, because the British government was “destructive” to these rights, they declared that America would “throw off” the old government and move on.

It was all about rights. In quoting from the Declaration in his Gettysburg Address some 87 years later, Abraham Lincoln treated this statement of human rights as a fundamental philosophy of the United States. Self-evident truths, equality, endowed by God, unalienable, life, liberty, and pursuit of happiness. We broke away from the strongest country on Earth to protect such rights. We suffered through civil war to protect these rights. We later had a Civil Rights movement, a voting rights campaign, and many other rights crusades.

Rights-protection efforts continue to this day, and there is no evidence Americans will rest until all human rights are secure.

Americans believe in democracy, which they will fight to preserve. Reading the Declaration of Independence in its entirety takes less than ten minutes, and that includes all 27 grievances set forth in the indictment section of the document. What quickly becomes clear from that list of charges is that the colonists were bothered by the lack of true democracy. For example, Parliament had increased taxes without representation, and the people in America were denied the ability to pass necessary laws. The drafters also aptly reminded readers then and today that government powers are derived only through “the consent of the governed.”

Our track record of fighting for democracy started with the Revolutionary War, which already had started when the Declaration was signed. The effort to preserve democracy went on to include both World Wars, two wars in Asia, and numerous other military actions when democracy was threatened around the globe.

The continuing desire for democracy, as expressed in 1776, was and is worth fighting hard to preserve.

America is founded on principles. Given that the existing rule by Great Britain was unacceptable, our founders vowed to create a better government, “laying its foundation on such principles and organizing its powers in such form, as to them shall seem most likely to effect their Safety and Happiness.” Principle Based Politics, as all can see, did not invent the idea of principles as a foundational American cornerstone. The authors of the Declaration of Independence expressly so stated. Today, we need to get back to the principles most likely to keep our country safe and happy for another quarter millennium and beyond.

As you enjoy your Fourth of July, please appreciate an America founded on principles intended to preserve our independence, human rights, and democracy.

A version of this essay is published here annually on or about July 4. Look for Quentin’s posts each week, as this blog continues to explore and promote the idea of principle in politics, both as to individual elected leaders and our federal government as an institution.