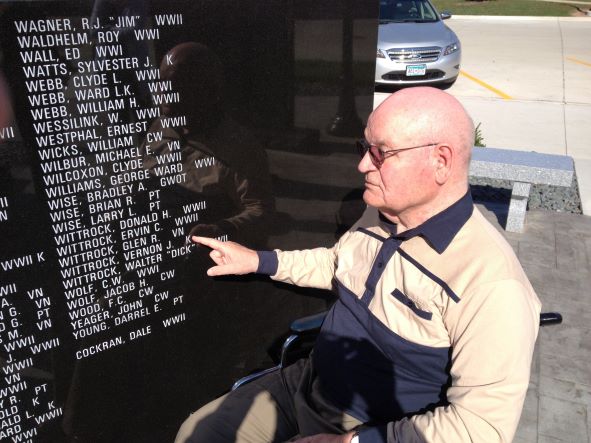 This post is going to be different from the rest. A bit closer to home.

Well, this was my father’s America for almost 93 years, until he died yesterday, with my mother by his side.

My dad cared deeply about his country. He voted in all of its elections, obeyed its laws, paid his taxes, contributed to the economy and, most of all, served in the United States Army during wartime.*

*This military service is not diminished at all by Dad’s favorite story about the war: 10,000 troops were mustered at the camp in Korea, and an officer was giving orders before they were to go directly to the front lines. The officer barked out three soldiers’ names and told them to report to the camp headquarters for office duty, because they knew how to type and had demonstrated administrative skills. My father considered himself fortunate to be one of the three.

And he followed America’s political news closely in newspapers and on television, forming his own thoughts in the process regarding how to run a country. Not coincidentally, they were the same as his views on how to run a family, a business, and his own life.

More than anything else, politically and personally, my father was fiscally prudent. He preached often against a person or a country spending money it did not have. He was viscerally and morally opposed to borrowing money, and he paid cash or check for everything for as long as I can remember. Live within your means, he believed (and lived out). Save money first, if you need to buy something. Invest for the future. Rely on robust grain markets and stock markets. Never become financially vulnerable to anyone.

Hand in hand with fiscal caution was a strong belief in careful management of business matters. Dad’s career was running cooperative grain elevators, which are important to the rural agricultural economy. Keep your books to the penny. Work diligently, with devotion to duty and rules. Pay close attention to the needs of the people working under you. Serve others. That’s how an executive or administrator should lead, Dad demonstrated.

A third major belief and practice was Dad’s generosity. When juxtaposed with fiscal prudence and careful management, generosity may appear inconsistent, or at least not something that could apply to a federal government. Untrue. My father believed in providing work opportunities to people, as well as silently paying the bills for folks who—through no fault of their own—truly could not afford to do so themselves. Governments can and should do the same at times.

All of these views on finance and business are directly applicable to running a country.

This is a Great Nation

My father believed America always was and still is great. He marveled at the opportunities and privileges this nation provides. Remember, my paternal grandfather literally was born in a barn when his German immigrant family was building its first house in this country. Just one generation later, without attending college, Dad lived a long, happy, content, secure life.

In addition to witnessing America overcome the Depression and win the Big War (and his older brothers all returning home victoriously), a story from my father’s own time overseas with the Army may help explain his love of our country. Dad happened to be on leave in Tokyo in 1951, just ten years after the bombing of Pearl Harbor and six years after the United States had destroyed large parts of Japan with atomic and other bombs. Nevertheless, in part because we had helped rebuild and protect Japan after the war, America was not hated there. In fact, my father saw Japanese school children smiling and waving small American flags at him and his fellow soldiers.

This all left a lasting impression on my father and his political views. He and his belief in America will never be forgotten.

America’s Fork in the Road

Does the Media Help or Hurt Principled Politics?