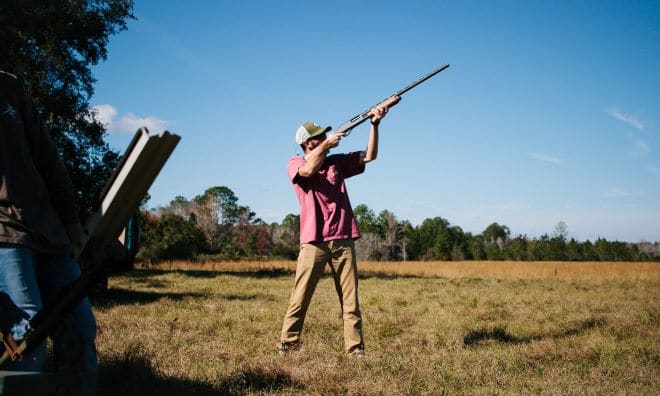 So, what is the best way for our federal government to address our country’s gun problem? If bumper stickers are to be believed, the government has an array of choices, such as: removing guns “From My Cold, Dead Hands” to passing a law that “Arms are for Hugging” to adopting an “Arm a Teacher, Save a Child” strategy.

Principle Based Politics, though, does not advocate for any of the advice from bumper stickers, and, if it had a car, would not have any of those stickers on it. Nor would the author of this blog. We have other ideas more in line with our principles, as explained below.

Is it the Federal Government’s Place to Get Involved?

All complex issues are best approached one layer at a time. Gun violence is no exception, to say the least. The first step, then, as always, is to unpeel the layers until you get to the core. On gun issues, the first, threshold layer was whether the Constitution’s Second Amendment even allows any restrictions on gun rights, which our last post answered in the affirmative. We think everyone would agree that there are at least some people who should not be allowed to own or carry some types of guns into some places. The second layer of the question is what role the federal government—as opposed to states or cities—should play. And the third question is what gun restrictions should be imposed. Now we will focus on the second layer, and in closing we will focus on the third.

The principle of limited government controls the question of the federal role. What we mean by limited government is that our federal government must do only what (1) needs to be done and (2) others cannot do. This is a very strict test, because we, like the framers of our Constitution, are instinctively against broad, expansive government. For the federal government to get involved, both of these criteria must be met. Given the serious problem of gun violence in America, we do believe it is clear that something needs to be done. The principles of peace and protecting the vulnerable combine to tell us that. Potential victims of gun crimes are vulnerable, as are the suicidal. Leaders who understand the facts and desire peace realize this, and they agree that legislative solutions must be attempted.

But is the federal government the only entity that can “do something”? One category for legitimate federal involvement is essential action requiring coast-to-coast consistency and comprehensiveness that only the national government can provide. On the topic of gun violence, the country is only as strong as its weakest link, which does necessitate some federal control. Because a gun is easily transported across city and state lines after it is sold, little protection occurs from a patchwork system of local- or state-level restrictions. The private sector is utterly powerless to fix this problem. Politically, too, the federal government is more likely to pass a useful and comprehensive law than the 50 states could. This leads to the conclusion that federal legislation is needed.

A Principled Look at the Legal Options

Now that we have established that the Second Amendment allows some regulation of guns, that a solution to gun violence across the country is needed, and that the federal government is the only entity that could possibly provide that solution, we can discuss what the “something” is that the government should “do”.

Several options have been suggested, and some even have been attempted in certain parts of the country. These ideas cover both the types of people allowed to own and possess guns and the types of guns people can own and possess. Some of the best law ideas of which we are aware are as follows:

To reiterate our prior post and the first main section above, we acknowledge the Second Amendment and agree it must be honored. We believe strongly in the principle of limited government and, quite frankly, it pains us to conclude that an issue is desperate and that nobody is better positioned to help than the federal government. But gun violence is that situation. Therefore, we have no choice other than to support a narrow, reasonable, and helpful federal law to control gun sale and possession.

We are not naïve. Surely, people will continue to get shot and die even if all of the above provisions become law. Guns will not disappear from the United States. Criminality will persist. Mental illness always will exist. Nevertheless, we must try to reduce the shooting and dying, the arming of criminals, and the availability of guns to the mentally ill.

Guns: Applying Principles to the Issues