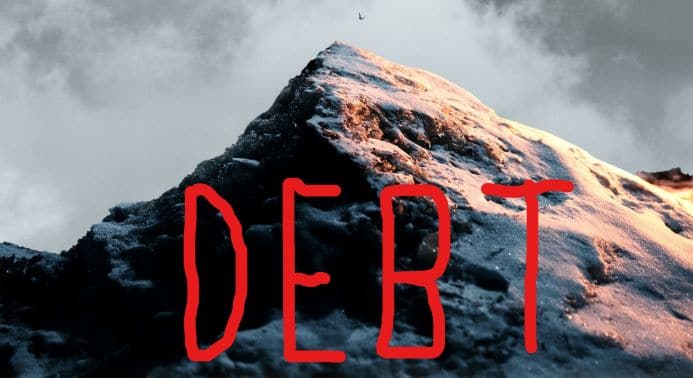 Posted at 05:01h in Issues, Taxation by Admin 0 Comments

What, exactly, does the often-used acronym GDP mean? It is not very helpful to say “gross domestic product,” because this answer begs the question of what that is. Gross domestic product, or GDP, is the total value of the finished goods and services produced within a country’s borders during a specific time period.

For example, if you add up the value of all M&Ms, macaroni, medical care, military equipment, motorcycles, music, and everything else made in America in a year, that is our annual GDP. In the last full year, 2020, the United States GDP was approximately $21 trillion dollars, which is still the highest in the world (although China has been gaining on us for many years). GDP provides a way to measure the size of a country’s total economy. Quarterly changes in GDP indicate whether an economy is growing or is in a “recession,” which occurs when GDP declines two quarters in a row.

Here is why we are talking about GDP in an article about deficits and debt: the national debt of the United States is now 30 percent larger than our GDP. As a country, we owe more than $28 trillion dollars. Our national debt is the largest of any country in the world.

Determining how the United States got into this debtor position is relatively easy—our government for two-and-a-half decades has spent more than it has brought in, forcing it to borrow the difference. The political issue is whether we should try to reduce the national debt, and, if so, how to accomplish that.

Of the principles identified earlier by Principle Based Politics, the ones most helpful for analyzing the issue of deficits and debt include protecting the vulnerable, freedom, and limited government. On this topic, the principle of protecting the vulnerable cuts both ways. First, our government does need to spend money to protect children and others who are left vulnerable by poverty and health problems, and all Americans are vulnerable to wars, diseases, and other threats. On the other hand, though, all of us living today and in the future are vulnerable to the dangers of a high national debt, as will be summarized below. The fundamental principle of freedom also is jeopardized by growing debt.

Our principle of limited government acknowledges there are many legitimate justifications for the U.S. government to spend money. After all, the Constitution itself provides in Article I, section 8: “Congress shall have Power To lay and collect Taxes…to pay the Debts and provide for the common Defence and general Welfare of the United States….” Just as important, however, is the role of our federal government to ensure the future. Stewardship is the duty of our leaders to manage and preserve the resources God has given our country, including financial resources as much as any other kind. These latter aspects of limited government weigh in favor of fiscal restraint.

With all of these principles wholly or partially urging a reduction in debt as soon as possible, the principled response by our federal officials would be to decrease spending to the minimum necessary for properly-budgeted expenditures on national defense, foreign relations, infrastructure, disease prevention and control, the environment, ensuring the future, protecting the vulnerable, and our legal and justice systems. Another potentially responsible reaction would be to increase tax revenue. As discussed in our prior post on taxation, we do not favor any tax increases other than, if absolutely necessary, on individuals with the highest incomes and largest estates.

According to the most recent government projections, our country is expecting to spend $6.8 trillion this year, compared with $3.8 trillion of income, for a one-year deficit of $3 trillion. That would be the second-largest annual deficit in our country since World War II. The only bigger deficit was just last year, 2020. It is clear for all to see that our deficit and debt problem is getting worse in a hurry.

We are not living within our means, America. It is time to work our way back to doing so.

Although the interest rates our government is paying to borrow money sit at record lows—which makes spending and debt extra tempting—the annual interest payment exceeds $300 billion. That means almost one-tenth of the nation’s tax revenue goes just to servicing the debt. Moreover, every percentage point the interest rates rise adds another $300 billion to the annual bill. That is money that could be much better spent on other things or, best of all, left in the wallets of the taxpayers.

Perhaps even more important than the size of the debt and the annual interest payments are the sources of our borrowed funds. First of all, foreign nations hold large portions of the U.S. debt. Japan and China, for example, each have loaned us more than $1 trillion. All told, our foreign debt exceeds $7 trillion, or approximately one-fourth of the total. This naturally weakens our international standing and leverage. Second, the government also is borrowing large chunks from other federal entities, such as the Social Security trust. This is not troublesome unless the Treasury someday struggles to repay it debts, in which case it would become a disaster. The same is true for the bulk of the national debt, which is being loaned by private investors, mutual funds, pension funds, and local governments.

If our elected leaders stand back from this mountain of debt, which they are enlarging at a rapid rate, eventually they should realize that someday it will all have to be paid off. Sure, handing out money to constituents freely is politically popular. Being good stewards and ensuring the future, however, is politically principled.

Our next posts will focus on labor, health care, and foreign relations. Other political issues we have analyzed under our principle-based method include: taxation, nomination of federal judges, guns, national defense, immigration, climate change and the environment, regulation, abortion, education and student debt, federal spending programs (including Social Security), law enforcement, and racial and criminal justice.