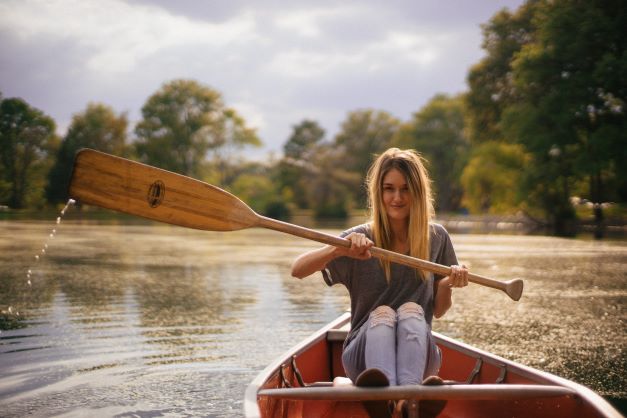 Posted at 05:52h in Abortion, Issues by Admin 2 Comments

By the late 1960s, Texas had for more than one hundred years made it a crime to perform an abortion, except to save “the life of the mother.” A pregnant Dallas woman filed a lawsuit in 1970 under the fictitious name of Jane Roe to challenge the law, and in 1971—fifty years ago this December—the case of Roe v. Wade was first argued in the Supreme Court of the United States.

The final ruling, which did not come out until more than a year later, is quite famous or infamous, depending on how you look at it. Many people, however, are confused about what the outcome of the case actually was. In summary, the Supreme Court ruled that the Texas abortion law violated the constitutional rights of a woman and her doctor to end a pregnancy in the first three months. In other words, abortion is completely legal in America for at least 12 weeks after conception, and, in most cases, until the fetus is “viable” outside the womb (often considered to be at around five or six months). Once the fetus could live without her, a state, if it chooses, may prohibit a woman from choosing to abort altogether, except if a doctor finds it necessary to save her life.*

*One point many do not realize is that even if Roe v. Wade were overruled–which it may be in a Mississippi case to be heard by the Supreme Court this term–abortion still would be legal except where a state makes it a criminal act. The Mississippi law at issue now bans abortion after 15 weeks.

Since Roe v. Wade was decided, many states have enacted various kinds of laws regarding what can occur or needs to occur in the first six months of pregnancy, or regarding when a fetus in that state is considered to be viable. If states are deemed to have gone too far in restricting abortion, the federal courts invalidate those laws. While this stream of legislation and litigation flows along, the percentage of pregnancies terminated by abortion and the total annual numbers of abortion generally have declined over the last 30 years to about half the prior levels.

Is a Federal Abortion Law Needed?

In the previous post, we noted that a third principle applicable to abortion is limited government. This principle asks whether any political action is necessary, and, if so, whether the federal government specifically must act because it is the only body that possibly can do what is needed.

Our principles of freedom and protecting the vulnerable, when the strong interests of the fetus and the female are weighed and balanced, produces a conclusion that, except in cases when the female’s life is in danger or she became pregnant through rape, the vulnerability of the fetus seems more compelling. When the female has been raped, or when carrying a fetus until birth could cause her to die, then vulnerability is much more even between the two, and the freedom and vulnerable state of the female should prevail.

Based on our analysis, the logical next step is that some form of governmental action is needed to supply the protection. Undisputedly, federal intervention should be rare and only to preserve the most well-anchored federal principles. In this situation, because the 50 states have not been able to protect the most vulnerable parties—the 600,000+ fetuses aborted annually in America—it does appear the federal government must act.* While states generally have the strongest interest in and power to protect the safety of their citizens (so long as due process of law is met), they have not been able to do this fully for the unborn. To some extent, this has been because of state-level political conditions, and in some states, it is because federal courts have found their legislation unconstitutional.

*There is some question whether it would be within the constitutional place of the federal government to take control of abortion. The Tenth Amendment to the Constitution states: “The powers not delegated to the United States by the Constitution, nor prohibited by it to the States, are reserved to the States respectively or to the people.”  Does the Constitution “delegate” the issue of abortion to the United States? So far, the Supreme Court has implied the answer is “yes,” on the apparent theory that abortion implicates “due process of law” and the “liberty” of the female. That same theory should apply to protecting the life and liberty rights of the fetus as well, if that is what the federal government did by its future action.

For sure, the federal government could run into similar political and constitutional roadblocks. If Congress and the Executive Branch do take the lead, whatever they enact will apply in all 50 states, which at least would eliminate the current inconsistencies. And it may be that the Supreme Court in the future will replace the holding of Roe v. Wade with a different analysis of what the Constitution requires. Overruling Roe v. Wade could give future leeway for a new law that is more protective to fetuses. If such a law were to be designed as suggested below, it could pass political and constitutional muster.

Principle Based Politics sees two possibilities for a comprehensive abortion law. The first would involve a commission being appointed to recommend a uniform law that could be adopted by all 50 states. This has been done successfully for decades with laws covering commercial transactions (the Uniform Commercial Code) and other areas. In the currently-unlikely event that the states could agree and adopt such a law, this would avoid the need for federal legislation.

If a uniform state code is impossible—which it probably is under today’s political conditions—the only other approach would be federal legislation itself.

Whether it is the assignment of a uniform law commission or Congress, the features of a new, national law we envision are as follows:

What we are trying to find here is an optimal solution for a suboptimal situation. An ideal law for a distinctly unideal set of circumstances. The optimal, ideal scenario would be that there be no unwanted pregnancies. That is not something a government ever can accomplish in any way we wish to contemplate. We welcome your suggestions for a better, more principled resolution.